How to leverage conflict rather than be leveled by it

Conflict happens, whether we want it to or not 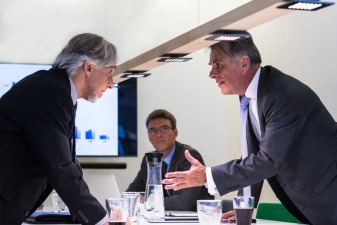 When you boil it down, conflict is just when one person’s desires are different from the other person. However, the emotions that conflict evokes can often make situations seem explosive. Most of us have a strong, gut-level reaction to conflict, including fear, avoidance, excitement, or dread.

The quality of our lives depends not on whether or not we have conflicts, but how we respond to them.

Habits which help to resolve conflict 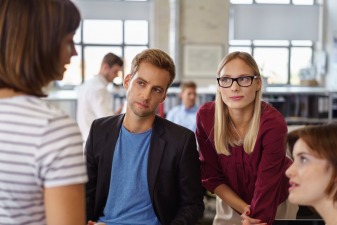 When we experience conflict and—wisely—want to peacefully resolve that conflict, we have to intentionally summon several of the Habits of Highly Effective People, especially:

Habit 1: Be Proactive: “I am responsible of my behavior, results, and growth” even in a conflict.

Habit 4: Think Win-Win: “I work effectively with others to achieve optimal results” especially in a conflict.

Habit 5: Seek First to Understand, Then to Be Understood: “I listen, understand, and communicate effectively” particularly while in a conflict.

Habit 6: Synergize: “I actively innovate and problem-solve with those who have a different point of view” such as those involved in this conflict.

What you say and how you say it

Leadership requires that we recognize our emotional responses to the words of others. Your emotions are legitimate facets of your humanity. But they should inform your actions, not be used as an excuse for poor performance. You must manage your response to keep a balance of power in challenging interactions.

Rather than acting out of anger, actively listen, ask questions and demonstrate true interest in understanding the other person’s needs. Your humane actions can soften the hardest of attitudes and build a stronger relationship for the future.

To get the best results from conflict, here are some suggestions as to what you might say and how you my say it.

Your character is constantly radiating and communicating. In the long run, your effectiveness with 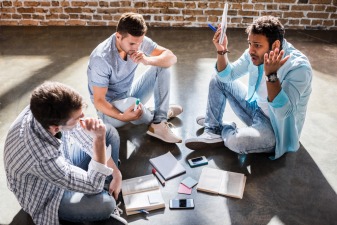 others will be revealed as you work to resolve conflicts. Remember these four steps:

When strong views are expressed without any reasoning or illustrations:
“You may be right, but I’d like to understand more. What leads you to believe…?”

When the discussion goes off on an apparent tangent:
“I’m unclear how that connects to what we’ve been saying. Can you say how you see it as relevant?”

When you perceive a negative reaction in yourself:
“This may be more my problem than yours, but when you said [give illustration] …I felt… Am I misunderstanding what you said or intend?”

As you speak, try to picture the other people’s perspectives on what you’re saying. Refrain from defensiveness when your ideas are questioned. If you’re advocating something worthwhile, then it’ll only get stronger by being tested.

State your assumptions, and describe the data that led to them:
“Here’s what I think, and here’s how I got there.”

Explain your assumptions:
“I assumed that…”

Give examples of what you propose:
“To get a clear picture of what I’m talking about, imagine that you’re the customer who will be affected…”

Encourage others to explore your side of the conflict:
“What do you think about what I just said?”
“Do you see any flaws in my reasoning?”
“What can you add?”

Reveal where you’re least clear in your thinking. Rather than making you vulnerable, it defuses the force of advocates who are opposed to you, and invites improvement:
“Here’s one aspect which you might help me through…”

Even when advocating: listen, stay open, and encourage others to provide different views:
“Do you see it differently?”

Ask others to make their thinking visible

Use unaggressive language. Ask in a way which doesn’t provoke defensiveness or lead the witness. Instead of: “What do you mean?” or “What’s your proof?” say:
“Can you help me understand your thinking here?”

Draw out their reasoning. Find out as much as you can about why they are saying what they’re saying:
“What is the significance of that?”
“How does this relate to your other concerns?”
“Where does your reasoning go next?”

Gently walk others through their side of the conflict:
“What leads you to conclude that?”
“What data do you have for that?”
“What causes you to say that?”

Check your understanding of what they have said:
“Am I correct that you’re saying…?”

Listen for the new understanding that may emerge. Don’t concentrate on preparing to destroy the other person’s argument or promote your own agenda.

When you face a point of view with which you disagree

Again, inquire about what has led the person to that view:
“How did you arrive at this view?”
“Are you taking into account data that I have not considered?”

Make sure you truly understand the view:
“If I understand you correctly, you’re saying that…”
“When you say such-and-such, I worry that it means…”

Explore, listen, and offer your own views in an open way:
“Have you considered…”

Listen for the larger meaning that may come out of honest, open sharing of alternative mental models.

When you’re at an impasse

Embrace the impasse, and tease apart the current thinking. You may discover that focusing on facts and data helps clarify sides:
“What do we know for a fact?”
“What do we sense is true, but have no data for yet?”
“What don’t we know?”
“What is unknowable?”

Look for information which will help people move forward:
“What do we agree upon, and what do we disagree on?”

Avoid building your “case” when someone else is speaking from a different point of view.