Weekly Planning: How to Take Control of and Rock your Week!

The Importance of Weekly Planning and Scheduling

Realize it or not, your week has rocks—big ones, small ones, and even some sand and water! “Rocks” are a metaphor for the biggest priorities of the week. (See The Story of the Big Rocks in the sidebar and how it relates to weekly planning.) In both our business and personal lives, we have big rocks, gravel, sand, and water.

How to identify the Big Rocks

Identifying your Big Rocks each week during your weekly planning will help you discover the most important tasks that you need to accomplish during the week.

To identify your Big Rocks, think about your various roles in your life. In other words, during the week what “roles” do you play? For example: spouse, editor, parent, coach, CEO, teacher, partner, artist, etc.

Then ask yourself a simple question:

“What is the one thing I can do this week that will have the most significant impact on this role?” 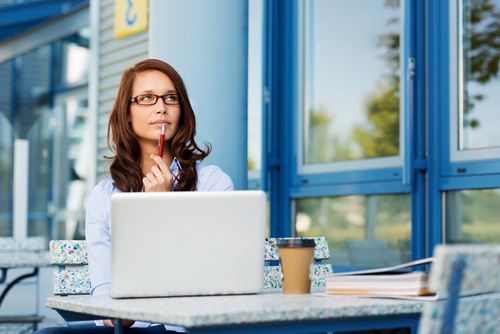 As you answer the question, you’ll discover your Big Rocks for the week. What are they? A large project? Spending time with your family? Is it your health, finances, or faith? Maybe even your personal development or your dreams?

Your weekly planning and schedule is very similar to a bucket–it has limited space (time) which must be filled with both important activities (Big Rocks) and non-essential activities (little rocks). If you put your Big Rocks into your weekly schedule first, you can fill in the gaps in the rest of the available time with your smaller rocks.

Periodically reflect on how you’re doing with your weekly planning. Are you putting your Big Rocks first, or does gravel, sand, and water dominate your life? If the Big Rocks aren’t getting in, what will have to happen so that they do?

Where do you start?

Here are some resources to help you discover and implement your Big Rocks. Note: on the videos, we’re constantly updating the user interface, your PlanPlus Online home page may look slightly different than the videos, but the process is the same.

Discovering your Mission Statement: When the why is clear, the how is easy

Work by the day, but plan by the week

The Story of the Big Rocks

In the middle of a seminar on time management, recalls Covey in his book First Things First, the lecturer said, “Okay, it’s time for a quiz.” Reaching under the table, he pulled out a wide-mouthed gallon jar and set it on the table next to a platter covered with fist-sized rocks. “How many of these rocks do you think we can get in the jar?” he asked the audience.

After the students made their guesses, the seminar leader said, “Okay, let’s find out.” He put one rock in the jar, then another, then another–until no more rocks would fit. Then he asked, “Is the jar full?”

Everybody could see that not one more of the rocks would fit, so they said, “Yes.”

“Not so fast,” he cautioned. From under the table he lifted out a bucket of gravel, dumped it in the jar, and shook it. The gravel slid into all the little spaces left by the big rocks. Grinning, the seminar leader asked once more, “Is the jar full?”

A little wiser by now, the students responded, “Probably not.”

“Good,” the teacher said. Then he reached under the table to bring up a bucket of sand. He started dumping the sand in the jar. While the students watched, the sand filled in the little spaces left by the rocks and gravel. Once more he looked at the class and said, “Now, is the jar full?”

“No,” everyone shouted back.

“Good!” said the seminar leader, who then grabbed a pitcher of water and began to pour it into the jar. He got something like a quart of water into that jar before he said, “Ladies and gentlemen, the jar is now full. Can anybody tell me the lesson you can learn from this? What’s my point?”

An eager participant spoke up: “Well, there are gaps in your schedule. And if you really work at it, you can always fit more into your life.”

“No,” the leader said. “That’s not the point. The point is this: if I hadn’t put those big rocks in first, I would never have gotten them in.”