Are you planning or procrastinating?

How your planning is ruining your life.

We’re all encouraged to plan. Plan ahead. Be responsible. Look before you leap. Plan before you act. After all, planning, brainstorming, soul-searching feels productive because you’re thinking about doing stuff.

But take a closer look.

If you’re not taking action, there’s no real difference between planning and procrastination.

Planning is not productivity. 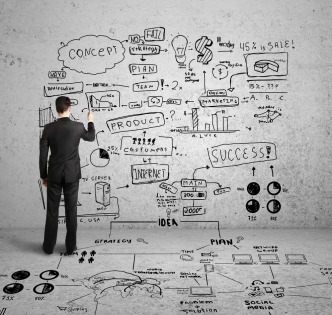 You have big plans. You long to achieve something meaningful. Maybe you’ve already uncovered your life’s mission and purpose. Maybe you have a five-year plan, a one-year plan, a monthly plan, and even this week all planned out.

Planned, yes—but if you’re honest with yourself—there’s very little evidence you’re actually accomplishing anything. Or worse yet, you haven’t started.

The fact of the matter is, it’s not your fault.

You’ve been taught you needed a comprehensive, far-reaching plan all worked out and scheduled before you started doing anything.

The long-standing time management paradigm states that planning is foundational. You plan your day by planning your week, your month, your year, the next five-years, your life… it all has to fit together like those Russian nesting dolls. Everything has to be aligned. It’s hard to start on the day without a plan, and hard to plan the day if you need to adjust your five-year plan first… and on and on.

When you’re planning, you’re in a magical territory where all things remain possible. Yes, there’s always a chance that things might go wrong as you take your first steps. So, who can blame you for lingering over your plans, toying with them, analyzing them, perfecting them?

You see, most time management approaches focus on planning. And that’s exactly the problem. At the end of the day, you’ve planned—but not started.

The issue here isn’t that planning is wrong or bad—in and of themselves, plans are fine. Heck, we recommend planning—all the way from life planning to daily planning—that’s all fine.

In fact, planning is a necessary and positive thing and can dramatically boost the chances of success—but that’s not the point.

At some point—sooner better than later—you have to stop planning and start doing. In the real world, you don’t need to make a plan as much as you need to implement a solution ASAP! Planning is procrastination, not action. Plans are not the same as the work.

Yes, planning can feel like work. It feels like you’re accomplishing something. But take a closer look: It’s stalling. It’s real-work avoidance. If you’re not taking action, there’s no difference between planning and procrastination.

Needing a rigorous plan before you do anything is fear-based. Not having an intricate plan in place has immobilized you. You’re stuck in suspended animation.

It’s like spending your whole life stuck in a maze—planning how you’ll escape one day and how awesome it will be. But you never leave because you’re using the future to escape the present by not acting now. Doing nothing gets you nothing.

The real problem is people who can’t do anything without plans.

People think that the perfect plan will produce perfect outcomes. News flash: having a plan doesn’t guarantee you’ll achieve success. Frankly, there are no guarantees. There is no certainty. Done is better than perfect. Even if things fail, you’ll gain the pride of knowing you didn’t spend your life on the sidelines.

Plans are like buying a new car—drive it off the lot and already it’s lost value—no matter how expensive it was. Plans lose value the minute you take action—and they should. It’s only natural, and should be expected. Things change, obstacles arise, and discoveries are made that you can’t plan for.

Planning isn’t the focus—action is.

Action is the linchpin—the plan is not. You move through the day and reach your objectives action-by-action. It requires intellectual acuity: staying focused, picking your highest priority, taking the very next step to get it done.

We’re not promoting impulsive actions without direction. But getting things done in the course of the day requires that you act in a nimble manner—flexibly and quickly without losing focus on your original objective.

If your objective is a dollar, pay the first penny. Then pay the next, and so on. You don’t need to focus on the whole staircase—just the very next step—step-by-step.

One mediocre idea that’s been put into action is infinitely more valuable than a dozen brilliant ideas that you’re saving for “when I get it all planned out.” Your idea may be priceless, but without action, your idea remains worthless.

What’s your plan to action ratio?

Only ten minutes a day to write down:

A short, concise, specific plan. Then start, move, do. Small intentional actions, one after the other. Adjusting the plan as your actions inform you and you respond to what’s happening in the real world. It’s only by starting to walk on the path that you can know for sure if you’ve taking the correct path.

Once you practice planning and acting with agility, it’s hard to stop. After you get the ball rolling, you’ll build confidence and things will continue to snowball and become easier and easier. Kill your fear by taking action and then build on that.