The habits of highly inefficient adults

When I was little, mom said she knew I was lying because a red dot would appear on my forehead. It took years before I realized it wasn’t the red dot, but my attempts to hide my forehead, that clued-in my mother.

Maybe when you were young, you were told things like:

Think about it—in order to even let us out of their sight, parents and teachers tried to teach us not to do things that might hurt us. After all, most little children don’t know the difference between playing in the street and playing at the playground; between drinking milk and drinking poison. Of course, for parents and teachers, the training tool of choice, was fear.

This fear was often reinforced until it became an automatic lifetime habit. Unfortunately, as we grew up, this inadvertently created some problems. 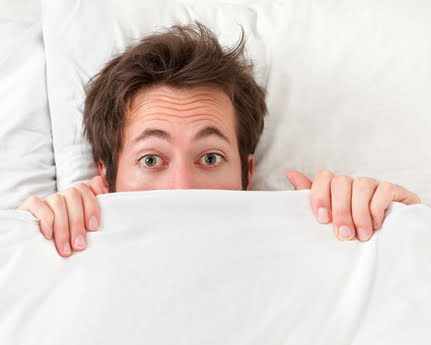 The problem is, as grown ups, no one told us—and rarely do we reevaluate the things we fear—so we never discover if the projection of disaster was truly accurate.

Most of us have delegated decisions to habits formed long ago—formed when we knew far less about life than we know now. Habits formed when we were 2 or 4 or 6 or even 15 control our lives today. We live our lives as if on a bicycle with the training wheels still on—limited, entirely too safe, and somewhat boring.

The feelings we’ve been taught to label as “scary” or “uncomfortable,” are actually the very feelings we need to feel in order to discover and capitalize on opportunities. Find the places in your life where you’ve been playing it safe, and instead, make the choice to test your limits—go ahead: grab those scissors and run!